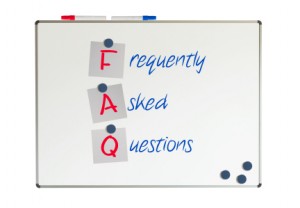 Kosher Basics This is not meant to be complete primer on Kashrut (kosher laws), it is just for basic information. All questions concerning Kosher laws should be directed to your local Rabbi.

Kosher is a word that encompasses the entire body of rules and regulations concerning what foods and preparation methods are acceptable according to the laws laid out primarily in the Book of Leviticus but found throughout the Torah (first five books of Moses along with the Oral Law and Rabbinic interpretations and implementations since).

Who uses Kosher products? It is not just observant or practicing Jews who use Kosher, but other religious groups, vegans, vegetarians, lactose intolerant people, and other health conscious individuals to name a few. The Pareve designation is very beneficial to people with dairy allergies as well.   In addition, most meat inspectors and people who work in the beef inspection industry also will only eat Kosher meat due to the stringent inspection standards required to pass Kosher inspection.

What’s the purpose of keeping Kosher?

Keeping Kosher is one of the basic tenets of the practice of Judaism. There is a belief that what goes in your mouth contributes to the spirituality of the soul. So by doing the Almighty’s will we help to ensure the holiness of the inner being.   Other religious groups also have dietary laws founded in their belief systems, but they are generally more relaxed than the strictures of Kosher law. If you would like more information, please contact your personal religious leader.

Where does one buy Kosher products?   Many everyday items found in the grocery store are already Kosher. In fact, were you to look in your pantry, you find many of them sitting on your shelves. Everything from Hershey’s chocolate to Uncle Ben’s Rice have certification on their packaging. For the specialized items such as meat and cheese, prepared foods and ethnic dry goods, there is usually a section set aside specifically for these items somewhere in a grocery store in your area. Large metropolitan areas have many stores that are dedicated to only Kosher products. In areas like ours, the North Florida and Jacksonville Region, choices can be limited. This is one of the reasons why we felt necessary to locate in the South Georgia and North Florida area, for you.

How does one know a product is Kosher? Generally, if a product is Kosher, there will be a registered trademarked symbol printed somewhere on the outside of the package. Many times, it is located immediately after the last ingredient, but not readily apparent on the front of the package. Fresh fruits and vegetables do not require any certification, but may require thorough checking for any insect infestation, as this will invalidate the permissibility of the item.   There are many symbols, by many different organizations, to denote the Kosher status of a product. It is up to the individual to familiarize themselves with the symbols that are acceptable according to their level of observance. Again, if there are any questions one should consult your local rabbi.

What makes a kitchen Kosher?   While there are many different interpretations of the rules by which a kitchen is Kosher, the following is a non-inclusive list of some of the basics:

Can something not Kosher be made Kosher?   If the utensil is made out of glass or metal, it is possible to make the previously used item Kosher. The process is different depending on the previous use of the item, and should only be done under the instruction of your local rabbi.   Food that is not kosher can never be made Kosher (and being blessed by a Rabbi cannot make it kosher).

What if I accidentally mix Milk and Meat?   While it is normally prohibited to derive ANY benefit from a mixture of meat and dairy, under certain circumstances, based upon volume, an accidental mixture may be permitted. You MUST consult your local rabbi in the event this has happened, as not just the food, but the status of the utensils involved are also called into question.

Must be from an acceptable whole kosher animal that; chews its cud, is not a scavenger, and has cloven hooves, or bird not expressly forbidden in the Torah. Examples of acceptable meats and poultry are cows, veal, lamb, chicken, turkey, and duck. Pork or meat from pigs is unacceptable. The designation of glatt kosher on a package of meat usually denotes a level of inspection that includes inflating the lungs of the animal to check for perforations. While the Torah forbids eating from a blemished animal, according to traditions handed down from Eastern European Jews (Ashkenazim) there are an allowable amount of lesions permitted on the lungs. The permissible quantity and type of these lesions differ according to your familial traditions. Persian and Spanish descendants (Sephardim) hold by rules that allows only “smooth” lungs, or “Beit Yoseph”. Recently the word glatt has come to mean “super kosher”. The recent practice of marking packages of chicken, duck, and fish as “glatt” has become prevalent as a sales practice but does not apply to any product that does not have its lungs checked. If there are any questions one should consult their local rabbi.

This also must be from an acceptable animal, i.e. cows or goats. An example of dairy products: cheese, sour cream, milk, and other milk derivatives. Dairy and meat cannot be mixed together. There are two designations of dairy under kosher law: cholov stam and cholov yisroel. Cholov stam or regular milk relies on a ruling of leniency from fairly recent that allows commercial dairy production companies to police themselves due to the severity of sanctions were it to be found that non-cow milk had been introduced into to their production line. Cholov Yisroel is a designation for milk and dairy products that have been under constant rabbinic supervision from the milking of the cow until the sealing of the final finished product.

Examples of pareve items: vegetables, fish (must be fish that has fins and removable scales. Shellfish is not kosher), rice, and other plant derived food s are considered neutral, those that can be eaten with meat or dairy. If pareve items are cooked by themselves with pareve (neutral) utensils, they can be eaten with meat, dairy, or with other pareve items.   Although fish is considered pareve, meat and fish should not be cooked, plated, or eaten together. It is therefore the custom to wash the mouth between eating a dish containing fish and one containing meat.